Never frozen, good in the fridge for 8-9 days after delivery.

Choose your delivery date at checkout. We cut-to-order the day it ships.

Beef Tenderloin is a muscle in the loin primal and is in two different sub-primals, the short loin and sirloin, creating its unique oblong shape. This muscle is not used by the animal much thus resulting in the tenderloin being the most tender cut in the animal. Flavor in beef is derived from how much a muscle is used and because of the lack of use, the tenderloin has a very subtle beef flavor. Because it is such a lean steak, the tenderloin is best cooked no more than medium-rare.

The Chateaubriand cut generally comes from the center section of the tenderloin ranging anywhere from 20 to 30 oz. The term “filet mignon” is a French term meaning small filet and originally referred to the beginning portion of the tenderloin that is smaller in size than the center section. This term is now used to refer to any steak that is cut from a tenderloin in most butcher shops. Ours are aged and completely trimmed, and taken only from the center of the loin. It just so happens we have a custom recipe for this cut. Please feel free to use it and take all the credit!

This is a widget ready area. Add some and they will appear here.

Our cuts are made from only the top 8% of USDA Beef. Consisting of Prime and the very best Choice beef.

The amount of fat in meat is known as marbling. Prime beef and the best cuts of Choice beef have the most marbling. Our butchers intentionally select these cuts because we feel they have the ideal amount of marbling, giving them a perfect balance of flavor and tenderness. 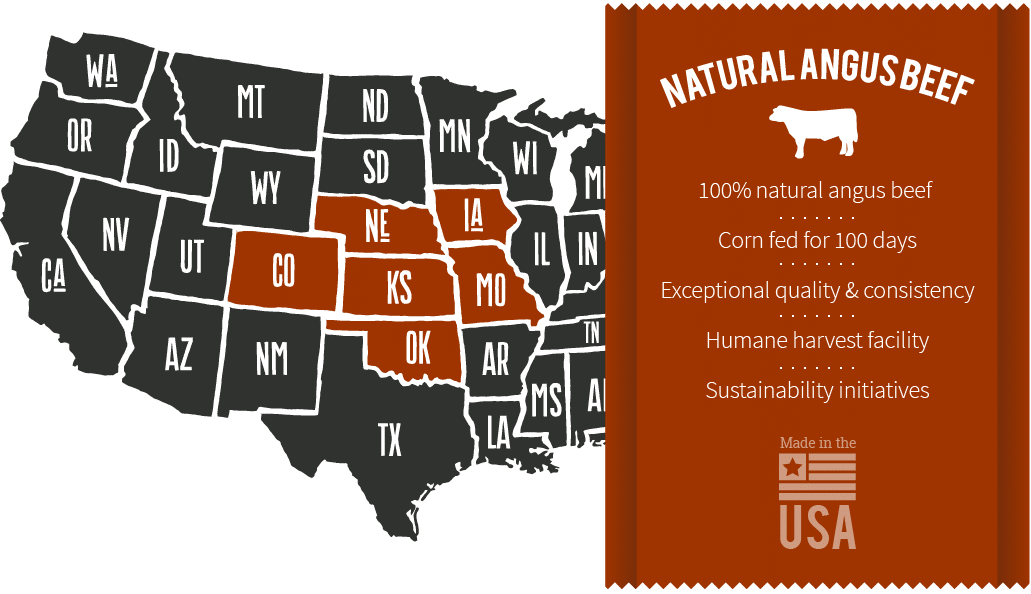 Quite simply: We buy the best product from the best cattle raising region in the United States.

Quality cattle are essential for an outstanding finished product. That's why only the finest grain fed, natural Angus cattle from Midwest American family farms supply the Porter & York beef. Our meat comes from pasture-raised cattle that are fed a 100% vegetarian diet of grass, corn, and whole grains.

Our cattle are humanely processed in state of the art facilities. We emphasize sustainability and ecologically friendly processes. We do not add ingredients, colors, or chemicals.

Freezing and thawing compromises the flavor and tenderness of meat. So, unlike the other steak delivery guys, we made it our mission to deliver all our beef fresh, so it is never frozen at any point in the process. Your order is cut fresh the day it ships, individually vacuum sealed, and meticulously packed in a double-insulated box with gel packs, keeping your meat at refrigerator temperatures throughout its journey.